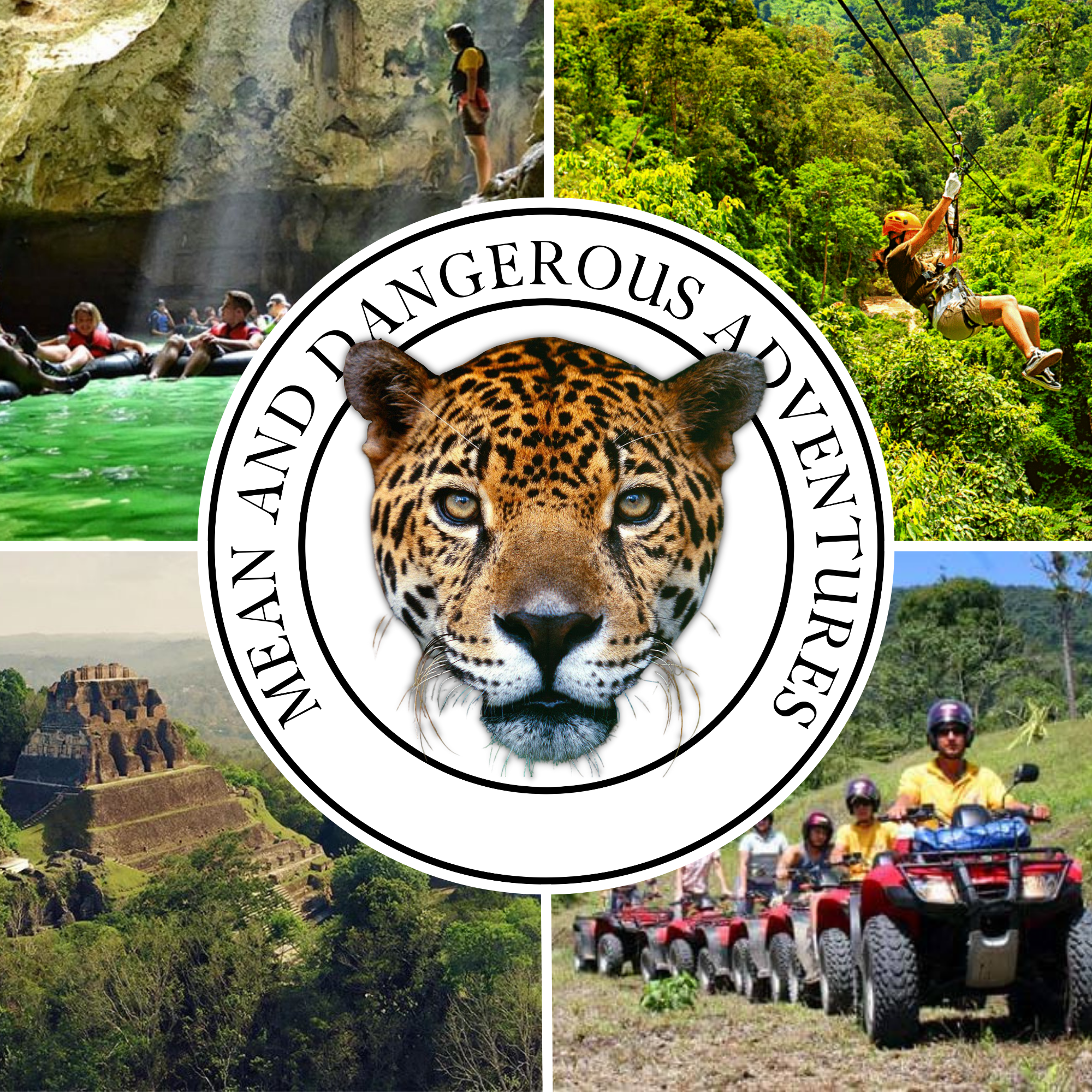 This is a private travel forum used by us testimonial for our personalize services. Click on the website below for tour services:
http://meananddangerousadventuresbelize.bravesites.com

Xunantunich (Mayan pronunciation: [ʃunanˈtunitʃ]) is an Ancient Maya archaeological site in western Belize, about 70 miles (110 km) west of Belize City, in the Cayo District. Xunantunich is located atop a ridge above the Mopan River, well within sight of the Guatemala border – which is a mere 0.6 miles (1 km) to the west. It served as a Maya civic ceremonial centre to the Belize Valley region in the Late and Terminal Classic periods. At this time, when the region was at its peak, nearly 200,000 people lived in the Belize Valley.

Xunantunich's name means "Maiden of the Rock" in the Maya language (Mopan and Yucatec combination name Xunaan (Noble lady) Tuunich (stone for sculpture)), and, like many names given to Maya archaeological sites, is a modern name; the ancient name is unknown. The "Stone Woman" refers to the ghost of a woman claimed by several people to inhabit the site, beginning in 1892. She is dressed completely in white, and has fire-red glowing eyes. She generally appears in front of "El Castillo", ascends the stone stairs, and disappears into a stone wall.

The first modern explorations of the site were conducted by Thomas Gann in the mid-1890s. Gann moved from Britain and served as the district surgeon and district commissioner of Cayo, British Honduras, starting in 1892. He chose this area to settle in because he had an interest in Mayan archaeology, and he wished to be able to explore what were at the time the unknown wonders of the indigenous people. Gann's successor, Sir J. Eric S. Thompson, implemented a more methodical approach, and was able to establish the region's first ceramic chronology. The main recent archaeological teams to work at Xunantunich and the surrounding region are the Xunantunich Archaeological Project (XAP) and the Xunantunich Settlement Survey (XSS).

In 1959–60, the Cambridge Expedition to British Honduras arrived in the colony, and its archaeologist member, Euan MacKie, carried out several months of excavation at Xunantunich. He excavated the upper building on Structure A-11 in Group B and a newly discovered residential structure, A-15, just outside the main complex. Using the European method of detailed recording of the stratigraphy of the superficial deposits (the masonry structures themselves were not extensively cut into) he was able to infer that both buildings had been shattered by a sudden disaster which marked the end of the Classic period occupation. An earthquake was tentatively proposed as the cause; it is inferred purely on the basis of the excavated evidence, and also on the very damaged state of the top building of Structure A-6 ('El Castillo'). He was also able to confirm the later part of the pottery sequence constructed by Thompson. The detailed report by MacKie is "Excavations at Xunantunich and Pomona, Belize, in 1959–60". British Archaeological Reports (Int. series), 251, 1985: Oxford.

Farmers that fed the people living in Xunantunich typically lived in small villages, divided into kin-based residential groups. The farms were spread out widely over the landscape, though the center of Xunantunich itself is rather small in comparison. These villages were economically self-sufficient, which may be the reason why Xunantunich lasted as long as they did; they were not dependent on the city to provide for them. Settlement density was relative to soil quality, proximity to rivers, and localized political histories. Since the farmers were long established on their plots of land, they would not want to be involved with a polity that was under constant upheaval due to invading forces and more.

Other nearby Maya archaeological sites include Chaa Creek and Cahal Pech, Buenavista del Cayo, and Naranjo.